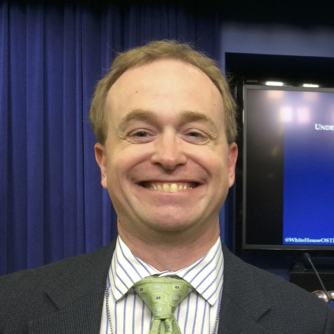 Michael Wiltberger is a Senior Scientist at the High Altitude Observatory. Prior to returning to HAO he served as the Geospace Section Head within the Atmosphere and Geospace Division of the National Science Foundation. His main area of research is the modeling of the magnetosphere and its interaction with the solar wind and coupled thermosphere-ionosphere system.

Dr. Wiltberger earned his bachelor's degree in physics from Clarkson University, Potsdam, NY, in 1993, and his PhD. in space plasma physics in 1998 from the University of Maryland, College Park. Amongst his many scientific accomplishments are pioneering work on the inclusion of ionospheric outflow and the application of advanced statistical analysis in global models and ground-breaking results proving the connection between localized reconnection and, so-called, Bursty Bulk Flows in high-resolution simulations of the magnetotail. During his career, Dr. Wiltberger also has served in many important community functions, including as chair of the GEM Steering Committee, vice-chair of the AMS Science and Technology Committee on Space Weather, and as Vice Chair of the Solar Wind-Magnetosphere Interactions Panel of the 2010 NRC Decadal Survey for Solar and Space Physics.
URL: NCAR profile URL: linkedin.com